Which One is Better; Google VS Bing? 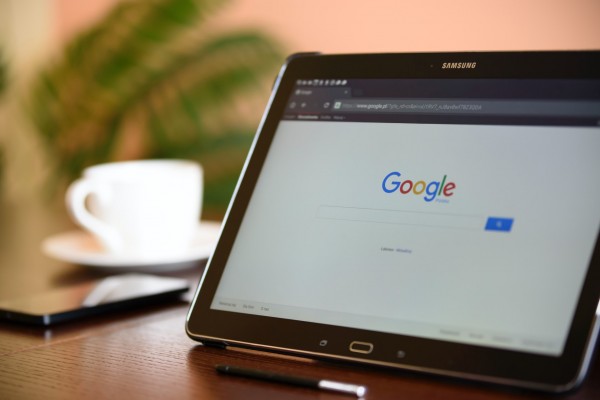 Which One is Better for Internet Marketing; Google VS Bing?

Google has been the unbeatable leader of search engines for many years. But lately, Bing is catching up. Since 2018, Bing has been the second most used search engine in the world. The popularity gap between the two engines is gradually narrowing.

Many people are starting to wonder whether Bing has become a better search engine than Google. Meanwhile, some other people still believe that Google is still number one undoubtedly.

When developing a website or running internet marketing, we can't ignore the competition between these two systems. So, let's do a comprehensive comparison between Google and Bing to see which one is best in every aspect.

Market share refers to how many people in the world use the platform. This parameter says a lot about how much it can impact your website.

At this point, Google undoubtedly dominates with 86.6% of the global share. Meanwhile, Bing is still somewhere around 6.7% despite being the runner-up. You can also count Yahoo!'s and AOL's market share of 1.5% and 0.8% because Bing owns and empowers both search engines.

Compared to other countries in the world, Bing is significantly more popular in the US and UK where the market shares are 33% and 26% respectively. Yet these numbers of Bing's are still pretty low compared to Google.

With these statistics, it is no wonder that everybody is focusing their SEO on Google. Even so, completely ignoring Bing is not a wise decision either.

When it comes to privacy, Bing is ahead of Google. It doesn't build a deep integration between services and personal data. Without signing in, it will not be able to collect data. Since the concerns of internet safety and privacy were increasing, many internet users have ditched Google and went to Bing instead.

DuckDuckGo is safer than Bing. However, most people still prefer Bing because DuckDuckGo doesn't have many features. Even more than that, it is also Bing that empowers DuckDuckGo.

On the other hand, the lack of integrated data also means that Bing couldn't deliver personalized results as neatly as Google. Ads targeting is also more accurate on Google because, thanks to the connected data integration, the platform understands what each person has interests on.

Many people find the personalization and integration system much helpful and practical. They even think that getting their data collected and used is not that bad because it gives them benefits anyway.

Being the most used search engine, Google triumphs in driving traffic. There are over 3.5 billion searches on Google every single day. Bing only processes 400 million of those per day. Even if your page appears as the top result in both search engines, you will still generate more traffic from Google.

Surprisingly, on the other hand, Bing triumphs in terms of quality. Compared to Google, Bing has a lower bounce rate, longer average dwell time, more page visits by each visitor, and even more subscribers.

People who visit your pages through Bing tend to stay and trust your website. Meanwhile, people who found your pages from Google might just be there for a quick look and then move on to check out other pages. Overall, you can say your opportunity in generating leads is higher on each visit through Bing. It is such an efficient system.

Google is all about simplicity, yet not so much effort in making it look fancy to see. Indeed, the big logo can turn into a unique Google Doodle that changes daily. But, the homepage itself is all white and empty. People don't seem to mind because their goal is just to search for something.

On the contrary, Bing displays a mesmerizing image in high resolution and vibrant colors. The image even changes every day. Although people don't need it, still it is pretty amusing to get a few scenic surprises every time we want to search for something.

The aesthetic aspect seems to matter a lot for Bing, even on their result pages. Although both Google and Bing show similar features and options in the pages, Bing has a more pleasant-to-see arrangement.

If you like dark mode, Bing has an option for it that you can activate anytime regardless of the browser you use. On the other hand, Google doesn't have this feature in particular. If you want a black background on Google, you have to rely on the browser. Unfortunately, not every browser offers dark mode either.

Bing loves good looks, and it is not just about the page layout. Its algorithm will also reward your pages with a higher rank if there is multimedia content there. Images, videos, and even flash pieces can make your page more interesting instead of just words only. Those items will boost your Bing SEO while also making your page more appealing to your audience.

Meanwhile, Google doesn't seem to care much about multimedia. This platform is all about simplicity. It focuses on the written content and doesn't take multimedia into account.

The reason why Bing likes a page better if it has multimedia is that this search engine loves long and comprehensive content. Without any images, videos, infographics, or flash, a long written article would be boring. Multimedia makes people more comfortable staying longer on the page.

Google proudly said that it has hundreds of billions of web pages in its database. On the other hand, Bing is still somewhere between 8-14 million. For internet users, of course, they will like it when search engines have more data. It increases their chance to find what they want on the internet.

Even so, the perspective can be different from the eyes of internet marketers. More databases mean more web pages to compete. It will take a big struggle to rank up on Google

On the contrary, a smaller database means fewer competitors. For internet marketers, Bing offers a higher opportunity to excel. Getting on top results should be much easier on Bing than Google.

Furthermore, Bing also takes age into account. The older your page has been on their webmasters, the more Bing will consider it as trustworthy. Hence, the earlier you get in the engine, the more beneficial it will be in time.

Bing and Google deliver different results for the same keyword. You can try it yourself by typing the same keyword on both search boxes. If you take a look, the results on Bing have the exact keyword on their queries. Meanwhile, Google results are not that accurate keyword-wise.

There is nothing wrong with either one of them. Each scheme has its advantages and disadvantages.

The Microsoft-owned search engine still heavily relies on tags and metadata. Pages with the right keyword tend to appear as the top results. This conventional ranking method gives us ease on how to improve SEO on our websites. Just invest in on-point metadata, and traffic will flow without a doubt.

Meanwhile, Google has a more complex algorithm that allows it to provide satisfying results without having to rely much on the metadata. Google implements this strategy because there are already too many pages abusing metadata to trick their page's SEO.

A search engine is no longer only about search box and snippets on the result page. Extended services are also crucial for most internet users as they can elaborate the search results

Not every search engine has extended service. Inarguably, Google has the most varied services to offer. The services are also much better than other similar services. Some of the most popular services from Google are My Business, Maps, and Flights. It also has several services that no other search engines do, such as Flights, Books, Finance, and Scholar Literature.

Bing has some extended services and is developing them aggressively. Up to this point, none of their products triumph over Google's. But Bing can catch up in a few years ahead. Some of the best services from Bing are Maps, Bing Places, and Voice Search.

Directly or indirectly, working out your website's performance on social media can help you to improve traffic.

Social signal is a measurement captured by search engines of how a webpage interacts with humans in social media. It is calculated by the number of shares, visibilities, likes, and such things. In internet marketing, social signals are significant for branding purposes. Besides that, it turns out that it is also necessary for SEO.

Google has been always vague about how much social media interaction affects its SEO. The officials stated that the algorithm didn't take social signals on the ranking system. However, many experts find that there are indirect correlations between these aspects.

On the other hand, Bing has clearly announced that the engine loves strong social signals. It gives us an easy route on how to get ranked up there. Let's make some social media accounts and post on them regularly to maintain organic interactions.

The type of websites that Google likes is different from what Bing does. Even more, these two search engines have contradicting preferences of which websites to show higher on the result pages.

Bing prefers non-commercial ones, which provide facts and reliable information. Domain names that Bing considers as more trustworthy are the official ones, such as *.edu, *.gov, and such things. On the contrary, Google prioritizes commercial web pages most of the time because they tend to be more popular than non-profit websites.

This domain type algorithm doesn't just apply to the domain name of your website. But, search engines will also look into the backlinks your pages have.

The age of the website itself also matters. With Bing, the rule says that the older your website, the more trustworthy it seems. Meanwhile, Google is giving more chances for newer websites to rank up high instead.

Bing confidently wins against Google in the category of image search for multiple reasons. First, the image quality is much better. Navigating between images is also much effortless. Thus, the whole experience of image searching is more fun here.

This developing search engine also offers easy access to filter out your searches such as image layout and licensing status. In Google, you have to dig deeper to find such settings. It was also Bing that first introduced the infinite scroll technique, although it didn't take long for Google to catch up.

However, Bing still has some flaws in this feature. The most obvious one is that sometimes, duplicating images appear. In Google, this barely ever happens. Another difference is that Bing also shows clipart on its result page, while Google wouldn't do it unless you specifically ask for it.

Many people think that video search is much better on Google because the company owns Youtube, which is the richest video database in the world. It is not wrong, yet it is not accurately true either.

Indeed, Google wins in terms of quantitative value. Similar to web searches, you will likely find what you look for by searching on Google instead of Bing. But on the other hand, Bing has a better layout and functionality.

Instead of the standard displays like Google, Bing offers the videos as thumbnails neatly arranged in grid view. Hover the mouse over a thumbnail, and the video will run a preview. This system can help people to save time from clicking and waiting for the video to load. Furthermore, it can also help us reduce data consumption.

From the article above, we can conclude that each search engine has its advantages and disadvantages. Google is still the best-performing search engine for now. But with Bing's ambitious progress, there is a chance that the table may flip eventually.

Beyond all of those, both Google and Bing can drive traffic to our websites and help us generate profits. Hence, we need to pay attention to both instead of choosing either one to focus on.