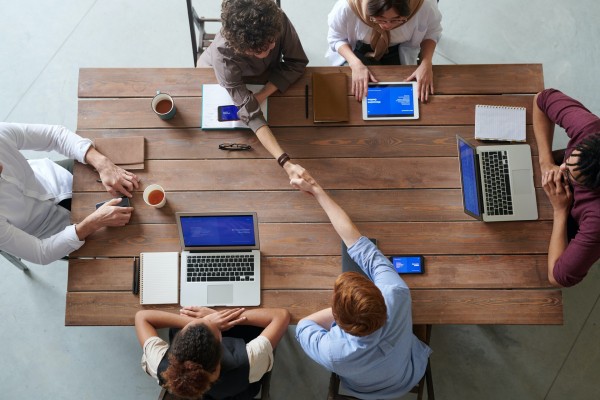 Go Beyond Google; Other Search Engines to Consider for International SEO

When pushing your business globally, international SEO becomes a vital element you must pay attention to on your website. It acts as the key to the worldwide market.

Unfortunately, when doing international SEO, many people are thinking solely of Google. Indeed, this platform dominates search engines used all over the world. Yet still, it is not the only one.

Going global means you need to widen your perspective. And in this case, you should start looking into other search engines besides Google.

Why Looking Up to Other Search Engines Anyway?

Google itself covers up to 86% of global search engine usage. Logically speaking, performing well on this platform should have been enough for your website to reach most of your market. However, the reality is not that simple. There are several things you need to consider, such as:

Being the most promising search engine in the internet world, Google has always been the number one target for almost every website. Estimated, more than 500,000 new websites are launched every single day. Now imagine if just 90% of them are competing in Google. How much is your chance to appear on the first page of SERP?

Other search engines might seem unappealing due to their significantly low popularity. Most website owners will ignore them, leaving the platform rather empty compared to Google. If you see it from another perspective, this means there will be significantly fewer websites to compete with you on the SERP. Give your best effort to adjust your SEO, and your website will get ranked well.

Google might be in the lead for now. But, nobody can tell how long this condition may last. The internet and digital world keep evolving rapidly. Many times it goes unpredictably. Therefore, relying solely on Google is not a safe decision to make.

Statistics show that Google's dominance is gradually declining in the last few years. In 2018, this platform holds around 90% of the market share across the globe. Yet in 2021, the rate went down to 86%. On the contrary, other search engines are rising in popularity.

You can't wait until Google loses its charm to start jumping on other search engines. It would be too late by then. Your website will struggle hard before it can perform well. If you have the opportunity to start now, then you shouldn't miss it.

Google is indeed the most popular search engine worldwide. But if you take a closer look at each one of the countries in the world, you may find out that there are a few countries that are not big fans of Google. Instead, they have local search engines that work better for them.

In some countries, the local search engine can be even more popular compared to Google. There can be a few factors that influence it. The most common one is the complexity of the national language.

If you are localizing a website or targeting specific countries, the first thing you need to do is find out whether the country has a popular local search engine. If any, you might need to focus your SEO more on it than Google.

One example of Google's disadvantage that most people hate is the lack of privacy. And with the rise of privacy concerns, people are starting to rethink their choices of search engines as well. There are many kinds of data that Google demands from its users, such as locations, search histories, and many other things. Meanwhile, other search engines are more respectful towards their user's information. Thus, people who like to stay private will tend to choose other platforms.

The Search Engines Worth Considering

Now that you have understood the importance of going beyond Google, it is time for you to get to know your choices. Below are the most popular search engines besides Google. Maybe you wouldn't need to cover all of those. It depends on your target market.

Owned by Microsoft, Bing delivers significantly better performance than its predecessors, MSN and Live Search. Since its launch in 2009, this platform keeps growing more significantly than any of its predecessors. In 2018, it won its place as the runner-up search engine after Google. This year, Bing holds the second rank as the most used search engine with a market share of 6.7% in 2021.

The rapid development gradually convinces people to think that Bing is better than Google in some aspects. Bing also has many features that are similar to Google's, making this platform a feasible alternative. Many experts predict that eventually, there will be a time when Bing will exceed Google in the market.

Bing SEO is similar to Google in some aspects but is also different in some other aspects. Interestingly, both platforms don't have contradicting algorithms. Thus, it is possible to tailor your website to rank well on both search engines.

Baidu is a search engine from China. Compared to Google, the platform has a better understanding of the Chinese language, writings, and social culture. Baidu also features an intricate censorship system as mandated by the national government. On the contrary, Google has problems with the Chinese government regarding censorship. With such advantages, Baidu seems to suit the market much better than Google.

Surprisingly, Baidu is indeed leading the search engine market in the country with a 75% share in desktop and 93% share for mobile usage. Meanwhile, Google only holds a 2% share in this country. Besides Baidu, there are also Haosou and Sogou that dominate the market above Google in that country. If you are localizing your website in China, Baidu is the one you should prioritize.

The name Yandex is an acronym of "Yet Another Indexer", referring to as an alternative to Google. Specifically created for the Russian market, this portal offers a much more efficient service to cater to the Russian language, which is notorious for its intricacy and complexity. Even Google couldn't deliver precise results when the query is in the Russian language.

Due to this advantage, this search engine successfully grabs the market share of up to 55% in its home country. Besides that, Yandex is also popular in the neighboring countries, especially those who use Russian languages, such as Ukraine, Belarus, Romania, Kazakhstan, and Uzbekistan. When you are specifically targeting these countries with your international SEO, paying attention to Yandex is a must.

Compared to other platforms available in the market, Duckduckgo is much simpler. It offers only the most basic service of search engines. There are no other additional features like any other platforms. Nonetheless, many people love using it. Surprisingly, even Google identified DuckDuckGo as its competitor.

The most appealing advantage that DuckDuckGo (DDG) offers is the privacy of the users. Unlike other portals, DDG does not collect personal data. People with high concerns about internet security would prefer using this one to any other search engine. Although the market share is low, the popularity of this system is constantly increasing. Statistics show that the platform has 62% more users in 2021 than it did in 2020.

Naver is a search engine company from South Korea. Although the services are similar, its system is pretty different compared to Google. But, because the portal was developed around the Korean language, it offers a better quality of search results if you input the query using the Korean language or letters.

Launched in 1999, Naver is now the number one search engine in its home country with more than 70% market share. This platform has a quite different system than Google, especially when it comes to indexing. Although it is debatable to say which one is the best, most people in South Korea feel more comfortable searching on Naver. Besides Naver, the country also has Daum and Nate.

While all of the search engines mentioned above are on the top ten list of most popular search engines, Ecosia still has a long way to go. However, this German-based platform offers unique advantages that successfully draw the interests of many internet users, especially the younger generations.

As a part of Microsoft, Ecosia uses the same algorithm as Bing. But, it values privacy as well as DuckDuckGo. Hence, people use it for the best results while also keeping their personal data intact.

Even more than that, the company vows to donate 80% of its profit to reforestation causes. In ten years, Ecosia has planted more than 100 million trees worldwide.

The Top Ten That Doesn't Worth Your Effort

If you are looking at the statistics, you may find a few other search engines on the top ten list that are not mentioned in the previous chapter of this article. They are Yahoo!, Ask.com, and AOL. Let's take a closer look into them to see why these platforms don't deserve your time and attention.

Established in 1994, Yahoo came as the pioneer of search engines. The Verizon-owned platform has then become a strong player in the search engine market for many years, along with its news portal and email services.

Unfortunately, Yahoo! search engine began to decline terribly in the late 2000s when most of its users shifted to Google. Yet, even so, the platform still has many loyal users that stay until today. Yahoo! is now the third search engine with the highest market share globally.

Ask.com was launched in 1996. Its name was Ask Jeeves back then. Originally, it was a question-and-answer website instead of a search engine. The company ditched Jeeves from its name when rebranding its platform in 2006.

Despite its glorious moment in around the year 2000, Ask.com lost its users uncontrollably after Google entered the search engine market. In 2010, the company even gave up on doing business in search engines until Google bought the platform and powered it up.

Surprisingly, up until today, there are still millions of old customers who are still paying for the service. But, instead of the familiar search engine services, their customers are receiving plenty of technical support and identity theft malware.

These three platforms are clearly declining. Most of their users are only older users who stay with the platform because they have been too comfortable and familiar with it. There are no significant new users. Instead, the numbers keep getting lower every year. Unless they make a surprising breakthrough, their final demise is just a matter of time.

Moreover, Google has already powered Ask.com while Bing has powered Yahoo!. That means any SEO tactics you implement to Google may automatically apply to Ask.com as well. The same concept also applies between Bing and Yahoo! There is no need to spend extra energy on them.

International SEO is much more complex than regional SEO because each region may have different situations. Thus, you have to go parallel in building your strategy. Putting all of your SEO effort on Google is like putting all your eggs in one basket. By diversifying your search engine targets, you open up doors to embrace more audiences.

Because algorithms can be different from one engine to another, implementing SEO to multiple platforms can be overwhelming. Bear in mind that not all search engines are worth your hassle. It all depends on many factors, including which country you are targeting, your content, and your business budgeting.