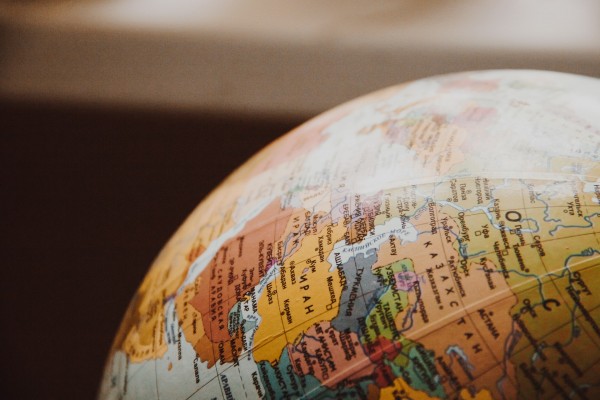 Expanding your business abroad is the biggest leap you can take as a business owner. Every business, once successful domestically, considers exporting opportunities. Even dentists look for new patients who will come to their clinic from abroad. Or a manufacturer, who wants to export their products globally. From small businesses to large corporations, the prospect of exporting is mouthwatering.

However, getting fully equipped for your export venture is not that easy. A lot of research and resources go into the preparations to start an export business. Without research, there is no guarantee that you’re spending your money where you should. Only proper research can give you a clear path to take your business on.

For starters, it is important to know the specifics about their prospective export markets. They should consider the markets they can venture into and weigh their options. A location could be a huge global export market but still not be suitable for you. It’s more important to focus on markets that are suited to your niche.

In this article, we focus on some of the most exciting markets you should venture into. It must be made clear that these aren’t the biggest export markets in the world. This list is a mixed bag of the markets that are big and those that are smaller but rapidly growing. We try to cover all the niches in the article below to help you narrow down your possibilities. Here are the 10 most exciting export markets in the world right now.

Germany is best known in the world for its technical prowess. However, it is also becoming a leading force in global trade. As of 2018, It is the third biggest importer of goods in the world. It imported $1.3T worth of goods, which was about 12 percent of the top 10 global importers. Its top imports include mechanical and electrical machinery (24% of its total imports). Other notable imports include vehicles and pharmaceutical drugs (~16 percent). Rounding off its top imports are organic chemicals and iron/steel articles (7.5 percent). Germany is a great potential market if you manufacture mechanical or electronic equipment.

Singapore is one of the few rapidly growing nations in global trade. As of 2018, it was the 16th biggest importer of goods in the world. Singapore’s total import value amounted to $370.5 billion in 2018. Its biggest import is electrical equipment, which accounts for 27 percent of its total imports. It is also one of the biggest importers of plastic equipment in the world ($8.5B). Other notable imports include aircraft parts ($11.9B) and mechanical machinery ($58.3B). Singapore also has a huge export market for cosmetics ($4.8B). If you are an exporter of electrical or mechanical equipment, Singapore should be one of your target locations. It is also a favorable export market for cosmetic manufacturers.

Mexico has become one of the hubs of electrical and mechanical machinery import. This one sector amounted to $172.1B in 2019, which was 36 percent of the total imports. This is followed by vehicle imports ($50.2B). Mexico also has a large market for optical and medical apparatus ($24.6B). Other major exports to Mexico include iron and steel articles, organic chemicals, and aluminum (~$37B).

Among the major exports to Mexico, the rate of increase for vehicles has been the greatest from 2018-2019 (16.7%). The demand for medical apparatus also increased in one year by 8 percent. Mexico should be on your list of prospects if you belong to these 2 niches.

Like our previous entry, vehicles and electrical/mechanical equipment made up the most of Italy’s imports (~28 percent) in 2019. The total worth of imports in these sectors is $131B. These massive imports make Italy the 11th biggest importer of goods in the world. Another major export market in Italy is that of Pharmaceuticals ($27.2B). Top exports are capped of by Iron/steel, organic chemicals, medical apparatus, and precious metals respectively. Their total worth in 2019 was $61B.

Russia’s top 3 imports of 2019 we the same as our previous 2 entries. Electrical/mechanical machinery and Vehicles made up almost 40% of the total imports. The total imports of these products were worth close to $100B. Other major imports include pharmaceuticals, plastics, medical apparatus, and iron/steel articles. Their total worth of imports was $37.7B.

There is one unique sector that has a huge market in Russia however. Industrial background and cold climate mean that it has to export fruits and nuts. These products account for a total of $5.1B worth of exports. So if you are looking to find a foreign market for this niche, Russia is your go-to place.

Hong Kong has one of the biggest export markets in the world. It’s total imports amount to $627.3B, making it the 7th largest importer of goods in the world. HK’s top 2 imports are electrical and mechanical machinery ($374B). These two sectors make up about 65 percent of Hong Kong’s total imports. Other major imports include gems, medical equipment, petroleum, and plastics respectively. Their total worth is $94.7B, which is about 16 percent of total imports.

The UK is the world’s 5th largest importer of goods, with its total imports amounting to $669.6B. Unlike the other top importers in the world, the UK’s biggest import is that of precious metals and gems. It is worth $88.3B and makes up about 13 percent of its total imports. Other major imports include mechanical/electrical machinery, vehicles, and petroleum ($278.3B).

There are some unique entries in the UK’s other top imports. These include plastics, furniture & bedding, and knit clothing respectively. Their combined worth is $42.4B.

We are rounding off this list with the world’s biggest importer of goods. USA’s total import worth in 2018 was $2.6T. Its top 3 imports are electrical/mechanical machinery, vehicles. Their total worth amounts to $1.04T, which is nearly 40% of the total imports.

Other top imports of the US include petroleum, pharmaceuticals, and medical apparatus ($435.2B). Their top imports are capped off by furniture & bedding ($67.2 billion), plastics ($60.6 billion), precious metals ($58.1 billion), and organic chemicals ($54.5 billion).

For exporters of any of these goods, the US should definitely be an option, as it has the largest export market in the world.